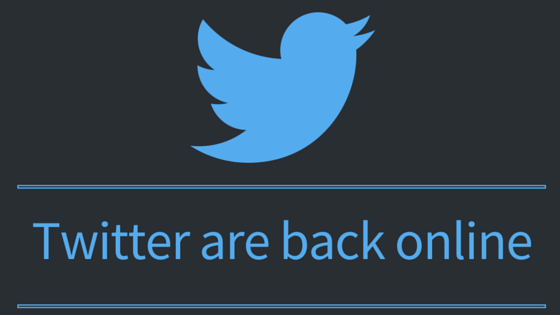 Twitter is back up and running after a power outage that had left Twitter users without power for almost an hour.

“Something is technically wrong, Thanks for noticing — we’re going to fix it up and have things back to normal soon.”

Lauren Jones a spokeswoman for Twitter, said “After experiencing some technical difficulties between 2.22 pm and 3.16 pm EDT, the issue has been resolved”

But this has not been the only time Twitter has been down in the past month, back in August the social networking site suffered a service disruption which lasted roughly eleven minutes.

As well as these outage, Twitter has not had the best run lately with recent stock prices taking a dramatic plunge and they have been actively searching for a new full-time CEO after Dick Costello stepped down from the position.