Google I/O what surprises did they have in store for us last week?

Another year and another software developer conference. But what has Google bought to the table this year, after last years mixed reviews on Androids Lollipop OS, and the launch of Android Wear, this year had 11 key focuses. Now we don’t plan to go through all of these but we will hit on the key aspect that are changing the mobile operating World.

Google’s Inbox app is now widely available to anyone who wishes to use it, back in December last year Google launched a new inbox application for their Gmail customers. Back in 2014 you had to request an invite to get this application as it still wasn’t perfected. However now it is available to anyone and is highly recommended for its neat and tidy layout, with bundled message groups like, purchases, travel and social to name a few. All you need is an active Gmail account and you’re good to go, you can download this from the Google Play Store or the App Store. 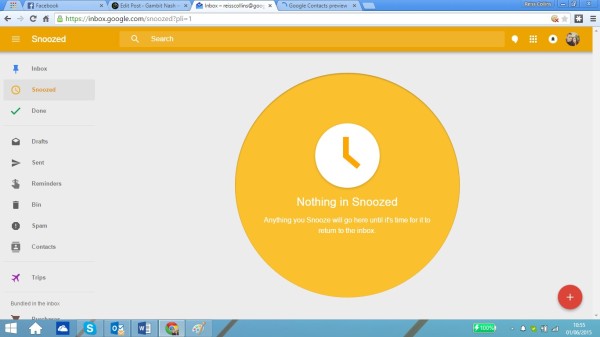 Anyone who uses an Android device knows about Google Now. It can be activated by holding the home button down and gives you lists of what’s around you. You can view the weather in multiple cities, as well as local cinema times, and even lets you view your parking location, as long as you have your location settings turned on. Now Google have revamped this and rebranded it Google Now on Tap. This essential allows you to access this from any screen you like, say you have a text message from a friend asking to go and see a movie you know nothing about, all you do is hold down the title of the movie and Google will give you a description of just what it is.

Google Photo’s was another major highlight of the event, Google’s Photo app has been around for a few years and has been given a complete overhaul in design. Allowing unlimited amount of free cloud storage to store all you favourite memories and photographs up to 16 megapixels and videos up to 1080p. This being available on Android and IOS. All though recent reports have said if you read the terms and conditions that say “When you upload, submit, store, send or receive content to or through our Services, you give Google (and those we work with) a worldwide license to use, host, store, reproduce, modify, create derivative works (such as those resulting from translations, adaptations or other changes we make so that your content works better with our Services), communicate, publish, publicly perform, publicly display and distribute such content. The rights you grant in this license are for the limited purpose of operating, promoting, and improving our Services, and to develop new ones

However a Google spokesperson has “Google Photos will not use images or videos uploaded onto Google Photos commercially for any promotional purposes, unless we ask for the user’s explicit permission.”.

Here are the key features 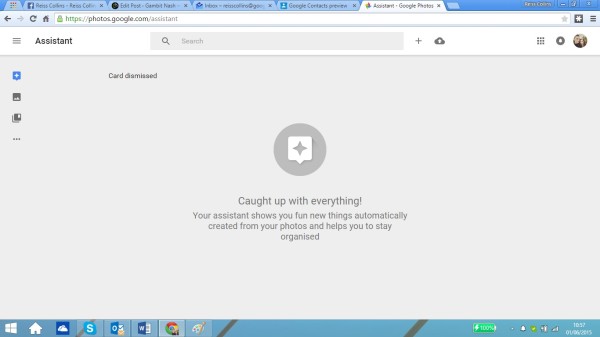 And lastly Android M the next OS to take over Lollipop is to be released, and is to focus primarily on incremental improvements and other feature additions. There will now only be eight permission categories and apps no longer need automatic permission to install. An opt-in system is now used, in which users are prompted to grant or deny individual permissions to an application when they are needed, such as accessing the camera or microphone. It is also to introduce fingerprint recognition allowing users to unlock their device with their thumb, things some other devices can already do for example the iPhone 5S, 6 and 6S as well as the Samsung S5

Google are keen to be less reliant on their search index to make their profit. They are keen to diversify into tech and communication as their overall share of search diminishes year on year