Facebook For Work Is Coming – Social In The Workplace 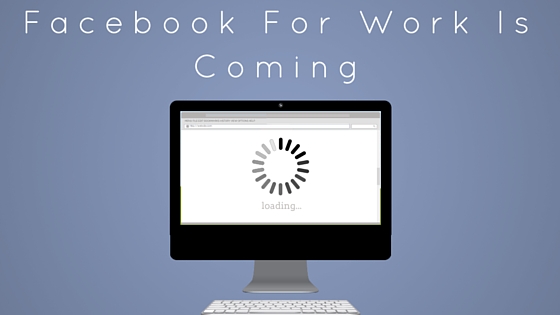 Does anyone else remember towards the end of last year when social media giants Facebook announced that they were working on a new venture, ‘Facebook for Work’. This platform initially sounded as if Facebook were going the way off LinkedIn with their work based social network.

So What Actually Is It?

Well initially I myself was confused about how this would work, how would they introduce it?, would it be part of the standard Facebook we all know and use? But the answer is no, Facebook for work is going to be a completely separate entity from Facebook. It will be an entirely different platform where employees and work discussion can take place.

When Will It Be Available?

Although there has not been a definite date as to when the social networking site will be widely available to the user, but it is more than likely that a freemium version should be available before this year is out.

BuzzFeed have today published several images of Facebook for work, showing what the app can do and what it will look like.

What Do You Think?

So what do you think? Will you be signing up to Facebook for work? Or are you happy on similar social networks like Linkedin? As always comment below and let us know.