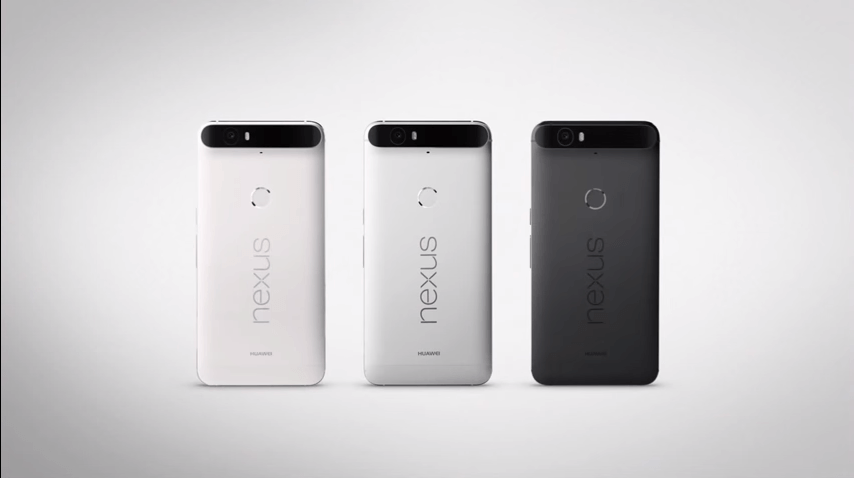 So you may or may not have heard that Google had held an event yesterday all about their new upcoming products. Now for those of you who’s first experience with Android was a shady one perhaps 2/3 years ago. Whether it was the Motorola Flipout, Samsung Galaxy S Beam, or the HTC Wildfire. You have to give it to Google they have come a long way in a short amount of time.

One of the perhaps most exciting thing coming from the event was the Google Nexus 6p, built by Huawei. It has had several hardware upgrades from last year’s Nexus 6, Google have branded it as, their “most premium phone yet” and here are the specs. It is a 5.7 inch display, with 64 bit octa-core Qualcomm Snapdragon 810, with 3GB RAM. It comes in a range of storage sizes starting at 32GB, 64GB and 128GB, and it you will not be able to add any expansion to it.

The front facing camera is a 12.3MP with IR laser assisted autofocus and 4K video recording, and an 8MP front facing camera, perfect for you people who love to have a selfie. The connector is Micro USB Type-C, which is the way most smartphones are going now. It has a 3,450 mAh battery, but unlike the Samsung Galaxy s6 and s6 Edge it does not have wireless charging and it weighs 178g

So what is so exciting about this smartphone compares to the iPhone and Samsung? Well if you’re are an Android lover like myself, you will know there is nothing better than “Stock Android” straight out of the box with no bloatware attached.  As well as this it has a Fingerprint sensor, dual front speakers, optimized battery with doze mode and motion detection for smartly reducing power consumption, 30fps primary camera burst mode, larger camera sensor pixels for better low-light performance

Hands on with the Nexus 6P

The Nexus 5X is seen as the more affordable phone, for those of you who do not have a spare $649 to spend on a phone this might be for you. The Nexus 5x is the successor to Google and LG’s very popular Nexus 5. It is a slightly larger handset with 5.2 inch screen and has a slightly bugger battery. And we all know we would like a phone that could last us the whole day through. The phone much like the Nexus 6P has a fingerprint sensor on the back of the device and it also uses the new USB-C connection.

Hands On With the Nexus 5X

Android Marshmallow is to begin rolling out to users in the next week. Most of Android M’s features were realized earlier on in the year. Its main priorities are to make notifications more consistent and improving the user’s battery life cycle. They are also allowing the users to strengthen their privacy controls.

But of course the most stand out feature was Google Now on Tap, Now on Tap integrates Google searches and voice interaction, with each and every app on your smartphone. Now of course Nexus users will get Android M updates almost immediately, where as other smartphone carriers will tweak and add their own skins, like Samsung’s Touchwiz and will be realized further down the line.

Now you may not have heard about this, I certainly hadn’t until I watched the Google Event, the Pixel C is Google’s Surface tablet. It has a 10.2 inch screen with a detachable keyboard much like the Microsoft Surface. It comes equipped with an Nvidia X1 processor and 3GB of RAM.

A cool little feature about this tablet is once you are not using the keyboard you can simply place on the back of the tablet. This device with be around the $499 mark and will available in time for Christmas.

Watch all of the Google Event here?

Find The Best Android For You?